This course will allow you the enduring pleasure of exploring an exciting variety of literary texts from the seventeenth century to the present day. By reading a wide range of poems, novels and plays, you will learn the skills of close textual analysis, how to use evidence to support and develop arguments, and how to express ideas clearly and accurately.

You will undertake two examined units with each 2 ½ hour exam worth 40% of the final mark. The first, Drama and Poetry Pre-1900, involves the study of a Shakespeare play and a comparison of some poetry and a play.

For Shakespeare, we will study The Tempest, his final solo-authored play, dealing with power, love, magic and forgiveness.

For the second unit, we will consider the way the immigrant experience has been represented in prose fiction, focusing on Mohsin Hamid’s The Reluctant Fundamentalist, a disturbing and provocative post 9/11 thriller, and Jhumpa Lahiri’s The Namesake, a family saga, looking at the effect of immigration on two generations of an Indian family transplanted to America.

You will also undertake a coursework unit (worth 20% of your final mark) for which you write two essays on literature post-1900. We try to give you some freedom to choose material for yourself; recently students have written about the poetry of Philip Larkin, plays by Jez Butterworth and Stephen Beresford, and prose fiction by Zadie Smith and Ian McEwan.

A wide range of subjects

We're proud to be the biggest provider of A Levels in Norfolk, offering 27 A Level courses

100% of our students progress to university, employment, apprenticeships, of gap years

You will sit two exams, both 2.5 hours in length and each worth 40% of your overall mark. Your coursework folder makes up the other 20%.

This subject is an excellent grounding for undergraduate study and is seen as a strong component of any university or job application. Former students are now working as journalists, actors, teachers, speech-therapists, university academics, police officers and in IT, PR and retail or undertaking further study.

A wide range of subjects

We're proud to be the biggest provider of A Levels in Norfolk, offering 27 A Level courses

100% of our students progress to university, employment, apprenticeships, of gap years 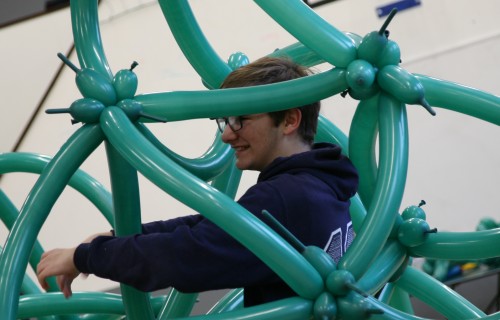