"The great virtue of philosophy is that it teaches not what to think, but how to think...Philosophy is, in commercial jargon, the ultimate transferable work skill." (The Times, 15th August 1998) This course requires you to have an enquiring mind, an interest in controversial ethical issues and a desire to examine some of the biggest questions in the universe. You will be involved in learning about a range of engaging topics, many of which will be new to you and which will challenge your opinions and thinking. The course is split into two halves; Philosophy of Religion and Ethics. The Philosophy side of the course looks at the origins of the idea of God, whether it's possible that such an idea/being could ever exist (or ever not exist!) The Ethics side of the course examines questions about right and wrong, good and bad. How do we decide what the moral thing to do is in any given situation? We then go on to look at some controversial ethical issues such as genetic engineering, euthanasia and abortion. Philosophy and Ethics will help to develop skills of reasoning, analysis and communication that will be valuable in any path you choose to take.
In the Developments of Religious Though we examine the religion of Christianity. This course requires students to critically engage in the study of the religion, to examine and debate the fundamental teachings of Christianity such as the existence of the soul and the afterlife, or belief in miracles. We also look at contemporary Christian issues such as gender identity and Christianity, or Christianity in a multicultural society.

3 A Level Programme
Minimum of 2 6/B grades and 3 4/C grades at GCSE. Vocational subjects cannot replace GCSEs for entry to an A Level programme.
English Language GCSE grade 4

Assessment is through two written exams in each year, with formative essays set throughout the year. 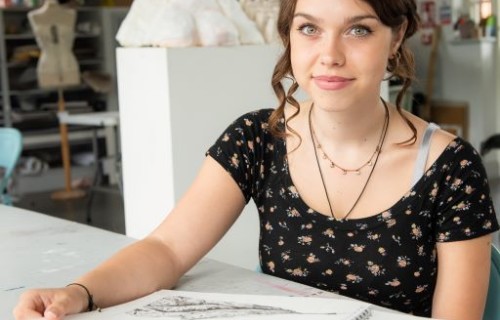 A Level Art & Design student Emma Mewse has ended her time at Paston College on a high, achieving 2nd Place in the Norfolk Art and Design Competition 2022.