A Paston College student, Taryn Everdeen, was recently announced one of the winners of the prestigious Young Norfolk Writing Competition. We caught up with Taryn to find out more about her songwriting process, and her plans for the future:

The piece submitted is a song called ‘See Through’. I wrote it about vulnerability, and the fear of saying too much and regretting it. It uses imagery around water.

From the age of 12, I’ve had a passion for writing music. I was an angry and emotional child, when I channelled my emotions into songwriting it helped me deal with them - turning something ugly into something beautiful. I joined the Sonic Youths development programme at the Norwich Arts Centre when I was 14, and this has helped me develop my style. When I started out, I would sing accompanied by piano, but now I prefer guitar.

I took a break from performing and have only recently got back into it, this has made me realise how much I love it. I struggle with imposter syndrome sometimes, but I face off that voice in my head that says I can’t do it, and this has helped me step out of my comfort zone.

The competition, supported by Norfolk County Council encourages young people to become more engaged with the arts, and celebrates the talent in Norfolk.

The winners were announced at an awards ceremony at the National Centre for Writing. This is the fourth year of the competition, attracting hundreds of entries from young people across the county.

The depth of writing was striking, as was the thoughtfulness of the subjects
chosen. 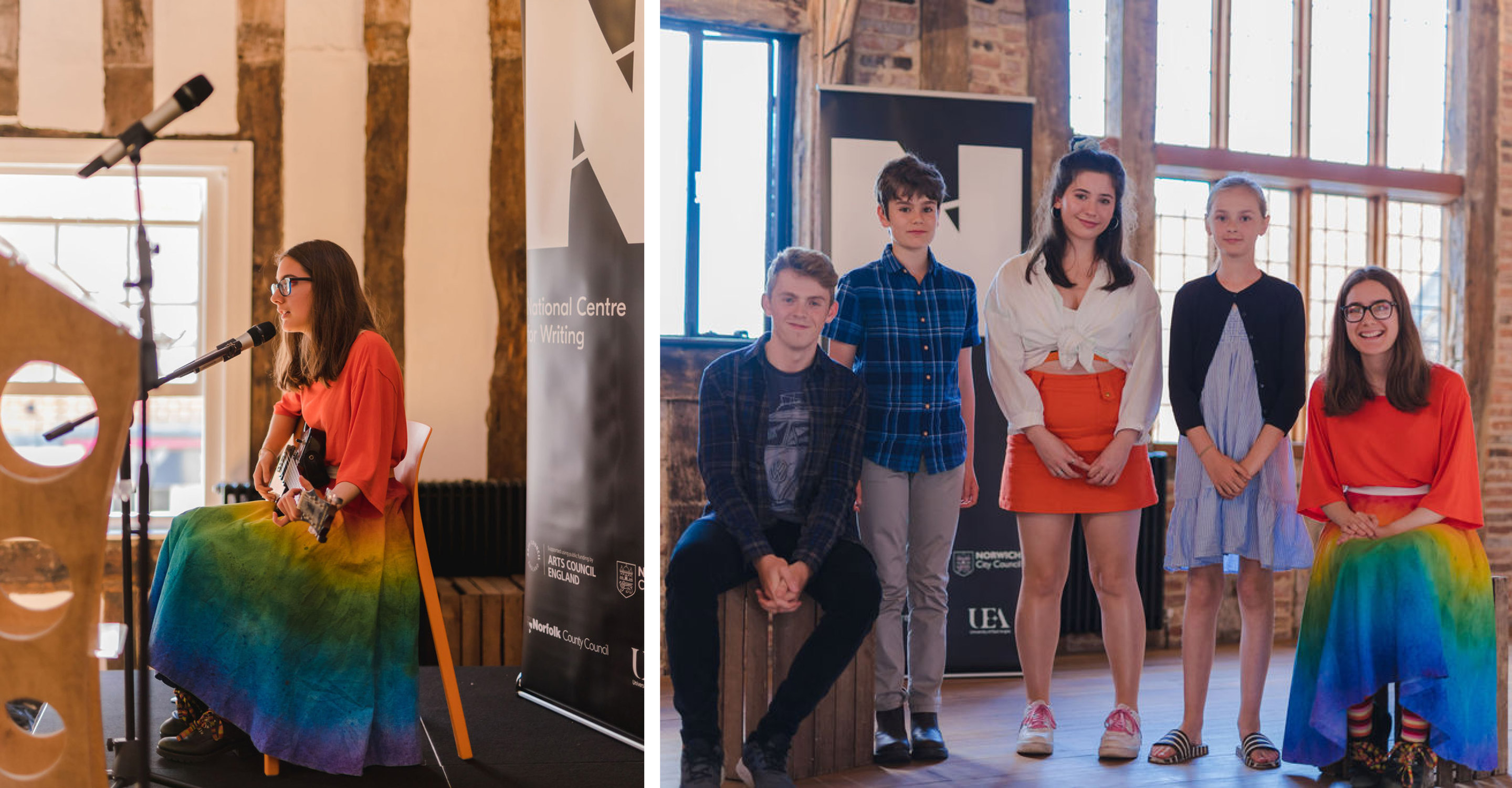 I have been offered places to study Modern Foreign Languages at Manchester and Cambridge University. Firstly, I will be taking a gap year to travel and explore my interests.

I will be attending the International Congress of Student Voices in Puerto Rico, which will be an amazing opportunity to meet young people from across the world, share stories, and make connections.

I will then be spending a month in New Mexico with one of my favourite authors, Carolyn Meyer. We will be working on the first draft of a book we are collaborating on. I will then continue travelling, which is a passion of mine.

In my spare time, I am a keen portrait photographer. I also volunteer for the Young Norfolk Arts team, as well as for Groundwork Youth, a network of young people campaigning to improve their communities, and Girl Up Norwich, a group which supports UN programmes promoting the health, safety, and education of girls in developing countries.

My time at Paston College

I have loved my time at Paston College. It is the happiest I've been in education. I have been supported and encouraged by my teachers. It truly is like a family here - I've met some wonderful people.

If you’d like to listen to the winning song, you can find it on Taryn’s Soundcloud account here, she also appeared on BBC Radio Norfolk recently, where she performed the song, and shared some insights in an interview, watch here.

A big congratulations are due to Taryn for her achievements, we can’t wait to see where the future takes you!